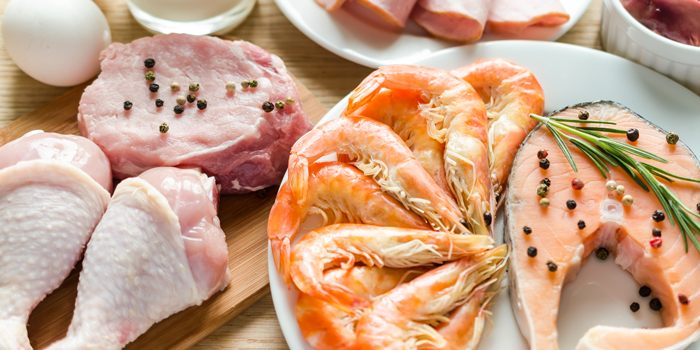 Many people want to lose weight quickly. However, fast weight loss can be difficult to achieve and even harder to maintain. The Dukan Diet claims to produce rapid, permanent weight loss without hunger. This is a detailed review of the Dukan Diet, explaining everything you need to know.

What is the Dukan Diet?

The Dukan Diet is a high-protein, low-carb weight loss diet that is split into 4 phases. It was created by Dr. Pierre Dukan, a French general practitioner who specializes in weight management. Dr. Dukan created the diet in the 1970s, inspired by an obese patient who said he could give up eating any food in order to lose weight, with the exception of meat. After seeing many of his patients experience impressive weight loss results on his diet, Dr. Dukan published the book The Dukan Diet in 2000. The book was eventually published in 32 countries, and became a major bestseller. It reportedly helped people achieve rapid, easy weight loss without hunger. The Dukan Diet shares some features of the high-protein, low-carb Stillman Diet, as well as the Atkins Diet.

How Does the Dukan Diet Work?

There are four phases on the Dukan Diet: two weight loss phases and two maintenance phases.The diet starts by calculating your "true" weight, based on your age, weight loss history and other factors. How long you stay in each phase depends on how much weight you need to lose to reach your "true" weight. These are the four phases of the Dukan diet:

Foods to Include and Avoid Each phase of the Dukan Diet has its own pattern. Here's what you're allowed to eat during each: Attack Phase The Attack phase is primarily based on high-protein foods, plus a few extras that provide minimal calories: • Lean beef, veal, venison, bison and other game. • Lean pork. • Poultry without skin. • Liver, kidney and tongue. • Fish and shellfish (all types). • Eggs. • Non-fat dairy products (restricted to 32 oz or 1 kg per day): milk, yogurt, cottage cheese and ricotta. • Tofu and tempeh. • Seitan (a meat substitute made from wheat gluten). • At least 1.5 liters of water per day (mandatory). • 1.5 tablespoons oat bran daily (mandatory). • Unlimited artificial sweeteners, shirataki noodles and diet gelatin. • Small amounts of lemon juice and pickles. • 1 teaspoon of oil daily for greasing pans.

No other vegetables or fruits are permitted. Other than 1 teaspoon of oil in salad dressing or for greasing pans, no fat should be added. Consolidation Phase During the Consolidation phase, dieters are encouraged to mix and match any of the foods from the Attack and Cruise phase lists, along with the following: • Fruit: 1 serving of fruit per day, such as 1 cup berries or chopped melon; 1 medium apple, orange, pear, peach or nectarine; 2 kiwis, plums or apricots. • Bread: 2 slices whole grain bread per day, with a small amount of reduced-fat butter or spread. • Cheese: 1 serving of cheese (1.5 oz or 40 grams) per day. • Starches: 1–2 servings of starches per week, such as 8 oz or 225 grams of pasta and other grains, corn, beans, legumes, rice or potatoes. • Meat: Roast lamb, pork or ham 1–2 times per week. • Celebration meals: Two "celebration meals" per week, including one appetizer, one main dish, one dessert and one glass of wine. • Protein meal: One "pure proteins" day per week, where only foods from the Attack phase are allowed. • Oat bran: 2.5 tablespoons oat bran daily (mandatory).

Stabilization Phase The Stabilization phase is the final phase of the Dukan diet. It is all about maintaining the improvements achieved during the earlier phases of the diet. No foods are strictly off-limits, but there are a few principles to follow: • Use the Consolidation phase as a basic framework for planning meals. • Continue having one "pure proteins" day every week. • Never take the elevator or escalator when you can take the stairs. • Oat bran is your friend. Take 3 tablespoons of it every day.

Here are sample meal plans for the first three phases of the Dukan Diet:

Is the Dukan Diet Based on Evidence?

There isn't much quality research available on the Dukan Diet. However, one study in Polish women who followed the Dukan Diet revealed that they ate about 1,000 calories and 100 grams of protein per day while losing 33 pounds (15 kg) in 8–10 weeks. Additionally, many studies show that other high-protein, low-carb diets have major benefits for weight loss. There are several factors that contribute to protein's beneficial effects on weight. One is the increase in calories burned during gluconeogenesis, a process where protein and fat are converted into glucose when carbs are restricted and protein intake is high. Your body's metabolic rate also increases significantly more after you eat protein than after you eat carbs or fat, and also makes you feel full and satisfied. Protein also decreases the hunger hormone ghrelin and increases the satiety hormones GLP-1, PYY and CCK, so you end up eating less. However, the Dukan Diet is different from many related high-protein diets in that it restricts both carbs and fat. It is a high-protein, low-carb and low-fat diet. The rationale for restricting fat on a low-carb, high-protein diet for weight loss and health really isn't based in science. In one study, people who consumed fat with a high-protein, low-carb meal burned an average of 69 more calories than those who avoided fat as well. The initial stages of the Dukan Diet are also low in fiber, despite the fact that a daily serving of oat bran is mandatory. The servings of 1.5 to 2 tablespoons of oat bran contain less than 5 grams of fiber, which is a very small amount that doesn't provide the many health benefits of a high-fiber diet. What's more, several healthy sources of fiber, such as avocados and nuts, aren't included in the diet because they're considered too high in fat. BOTTOM LINE:Although no quality studies have been done on the Dukan diet itself, a lot of evidence does support the high-protein, low-carb approach.

Is the Dukan Diet Safe and Sustainable?

The safety of the Dukan Diet hasn't been studied. However, concerns about the high protein intakes have been raised, especially their impact on kidneys and bone health. In the past, it was believed that a high protein intake could lead to kidney damage. But newer research has shown that high-protein diets aren't harmful for people with healthy kidneys. However, people who tend to form kidney stones could potentially see a worsening of their condition with a very high protein intake. Bone health won't suffer on a high-protein diet either, as long as high-potassium vegetables and fruits are also included. In fact, recent research suggests that high-protein diets actually have a beneficial effect on bone health. People with kidney problems, gout, liver disease or other serious diseases should speak with a doctor before beginning a high-protein diet. As far as the diet's sustainability goes, the complicated rules and restrictive nature of the diet may make it hard to follow. Although most people will lose weight in the first 2 phases, overall the diet is quite restrictive, particularly on the "pure protein" days that consist only of lean protein. The maintenance phases include high-carb foods like bread and starches, but discourage many healthy foods that are high in fat, which may be a bad idea. Including fats found naturally in animals and plants makes a low-carb diet healthier, more enjoyable and easier to stick to in the long-term. The Dukan Diet Can Work, But it Does Have Issues True to its claims, the high-protein Dukan Diet can produce fast weight loss. However, it also has several features that may make it difficult to sustain long-term.

At the end of the day, it is a quick weight loss diet that works, but it forces you to avoid many healthy foods unnecessarily.